Back to All Conditions

Stuttering is a disorder of speech fluency that interrupts the forward flow of speech. It is a speech problem that may be characterized by sound (e.g., “t-t-t-top”), syllable (e.g., “wa-wa-wa-water”), word repetitions (e.g., “table-table-table”), sound prolongation (e.g., “r-r-r-run”, “a-a-a-and”, etc.) or complete blocks (i.e., inability to produce sounds before/during/after a word). Exact causes are unknown. It is widely believed that the condition may be caused by a variety of contributing factors (i.e., genetics, developmental factors, environmental factors, etc.)

Approximately between the ages of two and five, a child may present with normal dysfluencies. These may occur as the child is learning the basics of language and articulation. In these cases, the dysfluencies are occasional (i.e., occur in 10% or less of speech produced) and brief in duration (i.e., usually .5 seconds or shorter). Normal dysfluencies typically include repetitions of whole words and sometimes, phrases. The child may also pause occasionally and use interjections such as “uh” or “um”. The child with normal dysfluency is usually not concerned about the behavior. This situation will usually resolve with maturation.

The child who stutters may also experience onset approximately between the ages of two and five. However, the onset of stuttering may occur in a school-aged child, and rarely, in an adult. Dysfluencies are more frequent (i.e., occur in more than 10% of speech produced) and longer in duration (i.e., one second and longer). Dysfluencies are typically repetitions of sounds, syllables and brief words. There may also be the presence of sound prolongation, blocks, interjections and associated secondary behaviors. The stuttering will often cause the individual to experience a lack of control, embarrassment, fear and dismay.

What are the symptoms? 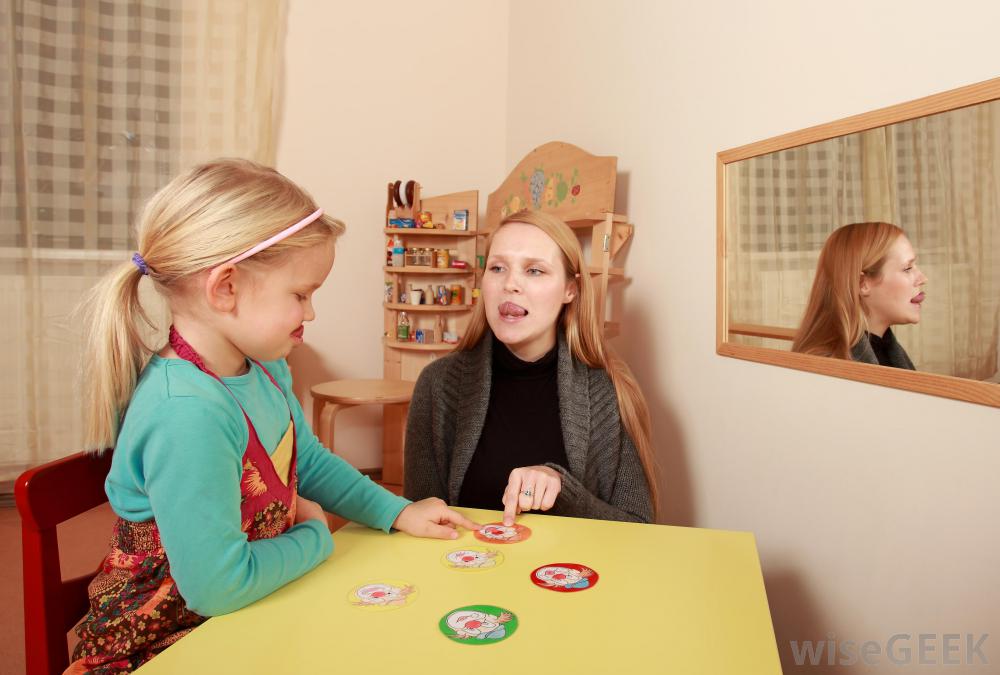 A child who shows symptoms of stuttering may experience:

How is it treated?

If parents are concerned with dysfluent behaviors, a thorough physical exam should first be completed to rule out physical/physiological factors. Referral may then be made to a certified speech-language pathologist. A comprehensive evaluation will be completed which will help determine if treatment is warranted. Children as young as age three may be treated for stuttering. If warranted by severity, early remediation is often the best option. The major goals of therapy will be the improvement of fluency and overall communication.